Happy Martin Luther King Jr. Day! Today the U.S. recognizes the honorable Baptist, father, and activist for his dedication and achievements in human civil rights. I will honor Martin Luther King Jr.’s legacy in human equality by highlighting the progress and accomplishments made in animal rights. This progress has been made by regular citizens, showing that anything is possible when you have a dream.

People and their Pets

The people in this country have been fighting for the rights of animals for much of its history. In 1866 Henry Bergh organized the American Society for the Prevention of Cruelty to Animals (ASPCA). The ASPCA was the first of its kind in the United States and today works with a network of animal shelters across the country to enforce current laws and regulations. You can check out their website at www.aspca.org to find more ways to end the pet-trade industry. Also, take a visit to your local humane shelter or rescue to adopt a feathered, furred or even scaled friend.

Another huge moment in animal rights history was the signing of the Animal Welfare Act (AWA) of 1966 into law. After World War 2 (1945), people viewed animals as companions and stories of animal mistreatment shook the nation. For example, Pepper the Dalmatian was a pup stolen from her home in 1965 by ruthless dog traders to be experimented on. Thousands of angry pet lovers sent letters to Congress and the Senate, causing them to create the powerful law still in use today!

It was the first Federal law in the United States to require all animal dealers be registered, licensed and monitored by Federal regulators. It’s still used as the foundation of all animal regulations, with added amendments to keep up with our evolving understanding of animals. Monumental victories like this prove you can make lasting change when you organize under a common mission. Much like King, when he marched to Washington and delivered his iconic “I Have a Dream” speech.

Here in California, both the government and its citizens care deeply about animal rights and liberation with compromise. In October of 2017, Governor Jerry Brown passed the Pet Rescue and Adoption Act. It is in effect since January 2019. This Act ensures that all pet stores get animals from shelters and rescues and keep documentation of where the pets originally come from. Stores could face serious fines when in violation of the law. For those at odds with the pet overpopulation crises, this is a huge win! Puppy mills and other inhumane breeding facilities will no longer have monetary support. Now, if you buy a puppy from a pet store, you can be confident you are rescuing an animal. The law also focuses on businesses, allowing individuals to still buy pets from small independent breeders without fear of punishment.

The most recent law passed in California is leading the way to animal rights for the U.S.! Prop 12, the Prevention of Cruelty to Farm Animals Act, passed in the 2018 midterm elections with our collective help. Set to begin in September of 2019, the act determines a minimum space requirement for pigs, dairy and beef cattle, and hens in both liquid and solid-egg laying industries. Although, its a little behind our animal rights movement as a whole. Citizens push for cage-free hens and pasture raised animals, so this law is the most progressive in the country! It is solid proof that our nation is working hard to better the lives of the animal’s we share this earth with.

The fight for animals is never over! We can do many things in our daily lives to help animals in our backyards and across the world. There are pets’ wild counterparts whose habitats need protection from oil drilling. Some animals need protection from mining. Farmed animals and pets also need more laws in place to live humanely. Something so simple as writing to a governor to protest companies that pollute in the environment will bring about big change. It also does wonders to support your local wildlife rescues by donating or volunteering your time. This will help show the dedication that conservationists have for improving animals’ lives.

Just like King stated, “If I cannot do great things, I can do small things in a great way.” You can make great changes one step at a time. If you want to learn more about ways to join the fight, head on over to Zovargo’s conservation page to see where you can help.

If I cannot do great things, I can do small things in a great way 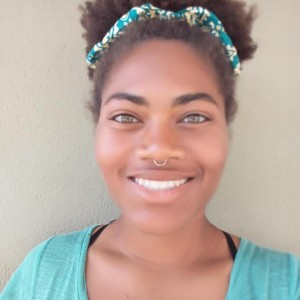